The winner was Elisa Serrano with her proposal “Crisálida” [“Chrysalis”], an intimate collection that reflects the personal and creative evolution of the student,

A total of 25 fashion collections by students of IED Barcelona Design School have been showcased in a collective fashion show exhibiting the work of recent graduates of the Bachelor of Arts in Fashion Design and BA (Hons) Fashion Design.

The event, which coincided with the 20th anniversary of IED in Barcelona, took place at the exceptional venue Fundació Joan Miró Barcelona, the cultural institution representative of the work of the Catalan Artist Joan Miró, within the framework of Barcelona Design Week.

As with previous editions, the finale of the fashion show was followed by the awarding of the Franca Sozzani Award for Best Fashion Collection, selected by a distinguished international jury. On this occasion, the jury was composed of: Marta Coca, Director of 080 Barcelona Fashion; Huma Humayun, Fashion Editor of Schön Magazine; Modesto Lomba, Fashion Designer and President of the Spanish Fashion Creators’ Association [Asociación de Creadores de Moda de España]; and the Fashion Designer Ronald van der Kemp.

The winner was Elisa Serrano from the Bachelor of Arts in Fashion Design course, with her proposal “Crisálida” [“Chrysalis”]. This intimate collection reflects the personal and creative evolution of the student, drawing parallels with the metamorphosis of butterflies. To do so, she uses a palette of bright colours, a mixture of fabrics such as taffeta, velvet and silk, and prints with illustrations created by Serrano herself.

Further, the awards for Best Fashion Film, chosen by the Film Director Isabel Coixet, and Best Shooting, given out by the renowned Photographer Manuel Outumuro, were also presented. As a new addition, this year has also seen recognition for Best Fashion Illustration, awarded by Jordi Labanda.

The winners of these awards were as follows:

Fashioners of the World 2022 celebrates the end of the fashion students’ educational journey with a wide variety of proposals that all share a fresh and innovative vision of the fashion world. Through the use of fabrics, volumes, prints, the latest technologies and sustainable materials, the collections reflect multiple identities of a global, contemporary and avant-garde society.

20th anniversary of IED in Barcelona

This runway show marks 17 editions of this key IED event which, this year, also coincides with the 20th anniversary of the school’s arrival in Barcelona. Since its inception, its aim has been to guide future generations of designers by way of a critical, committed and humanist approach, establishing a close relationship with Catalan society and the city’s business fabric.

For this double celebration, the photographer Manuel Outumuro has signed 20 photographs from a carefully curated exhibition that illustrates the past, present and future of fashion, as well as IED Barcelona’s educational project, and the key figures who have made it possible over the past two decades. The proposals chosen to form part of this display project the ambitions, dreams and concerns that make up the individuality and the creative universe of each designer.

The result is an impeccable visual exercise that invites the spectator to contemplate the passage of time, the power of fashion as a reflection of sociocultural evolutions, an exaltation of creativity, and IED Barcelona’s contributions to design culture.

*Look of the cover photo by Mariona Robles 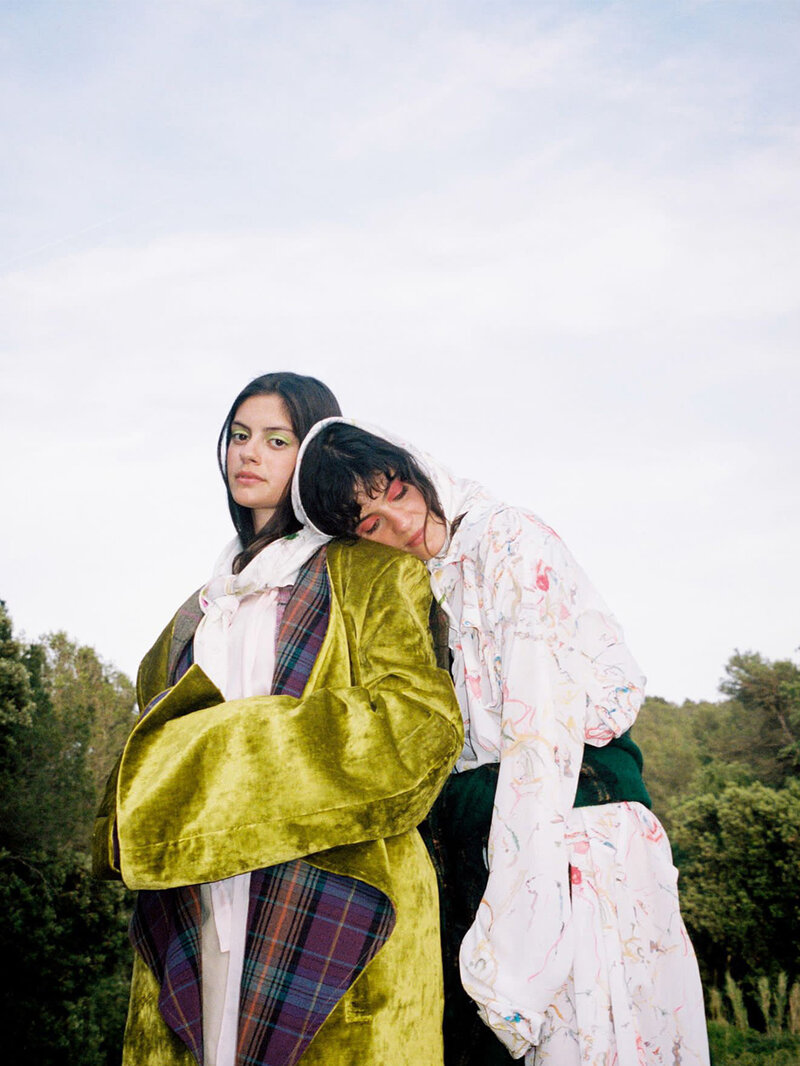 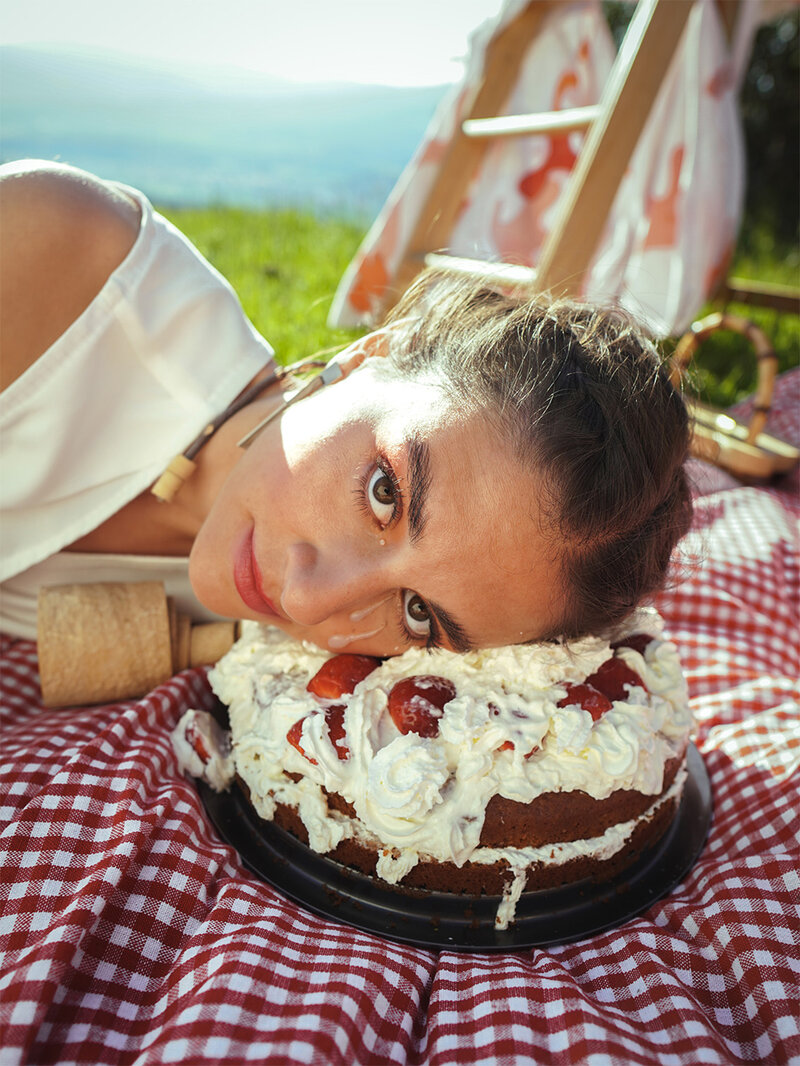 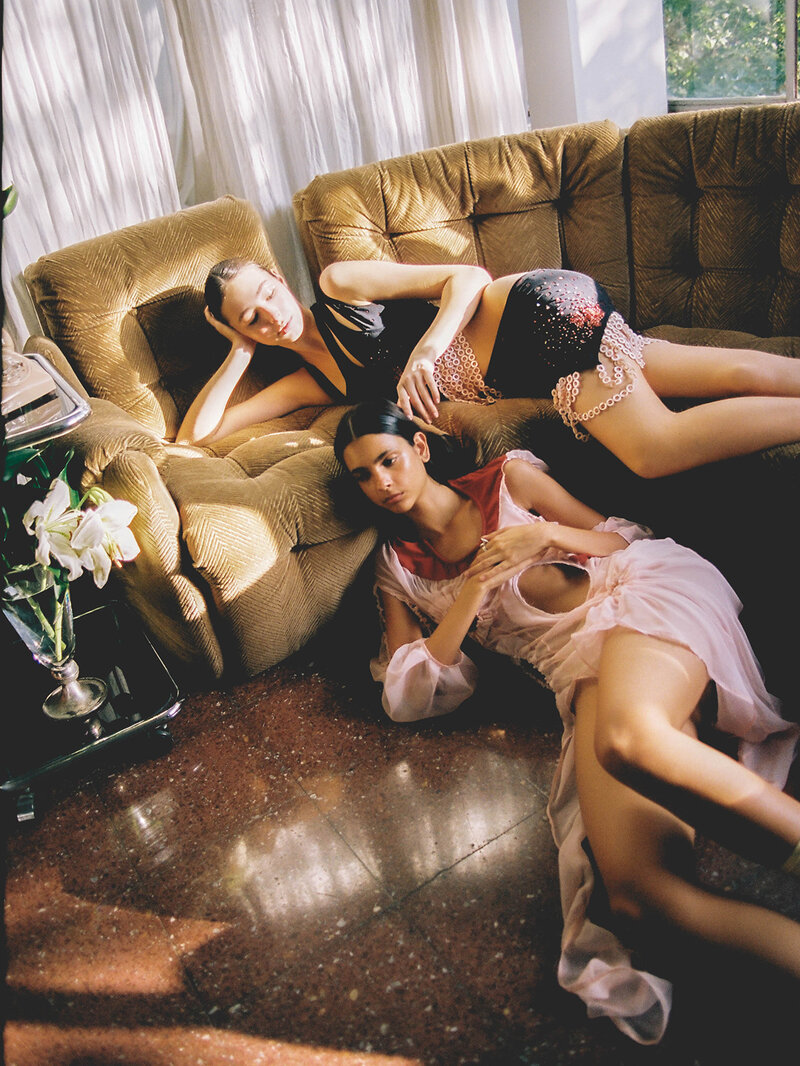 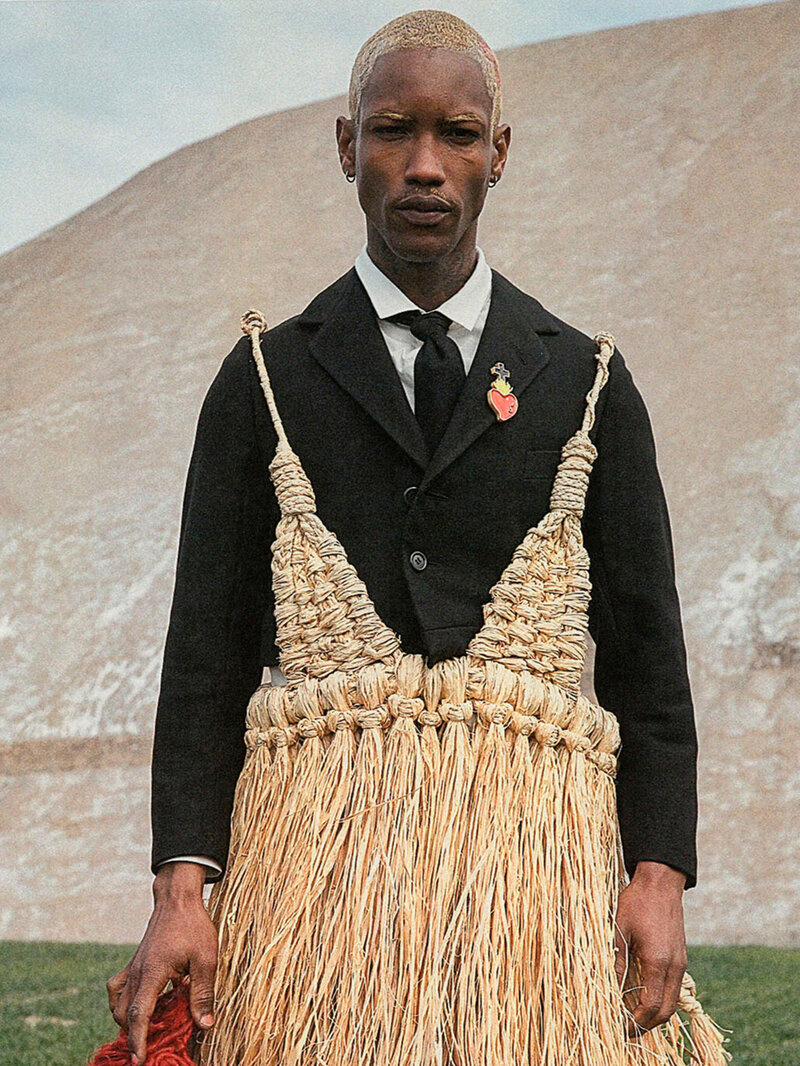 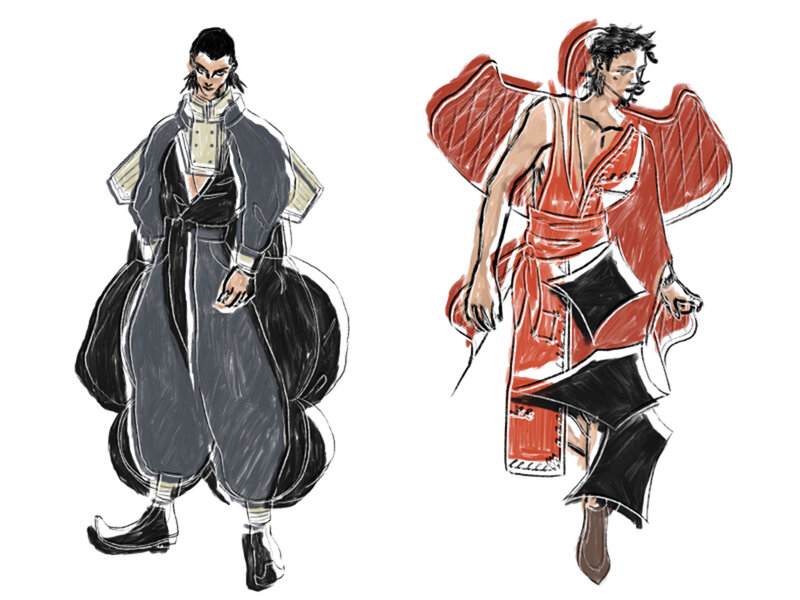 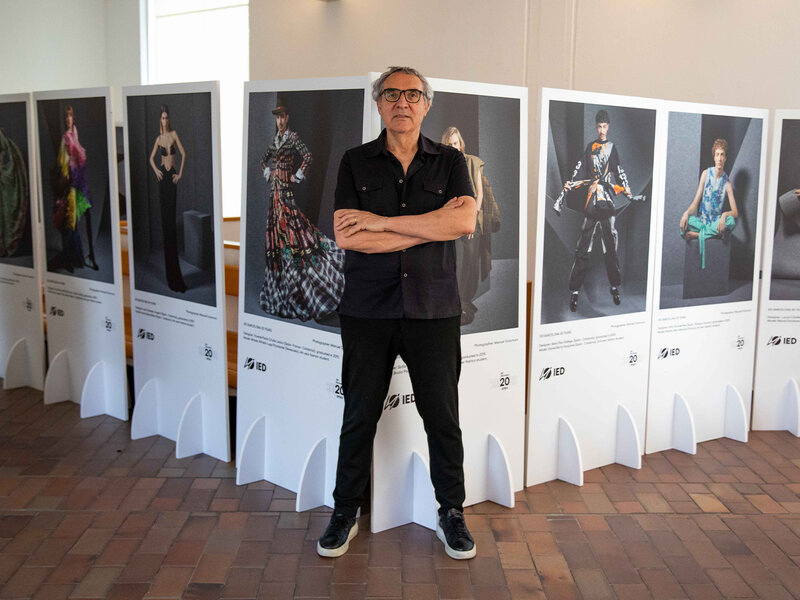 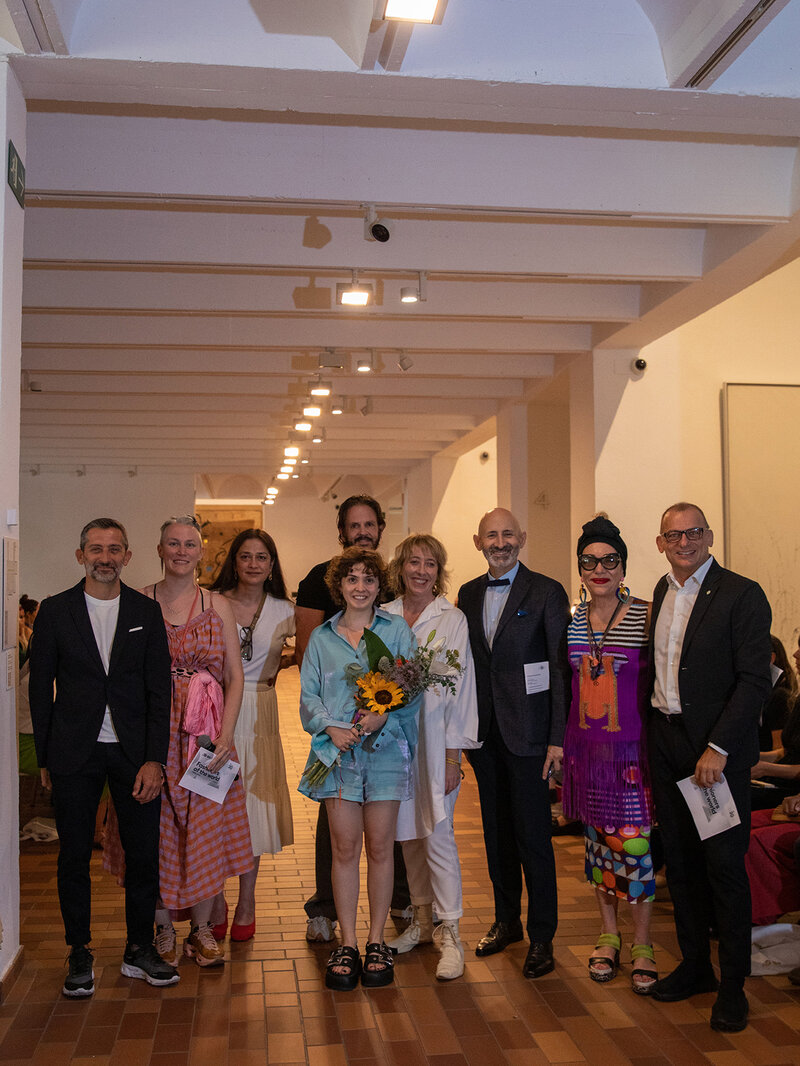 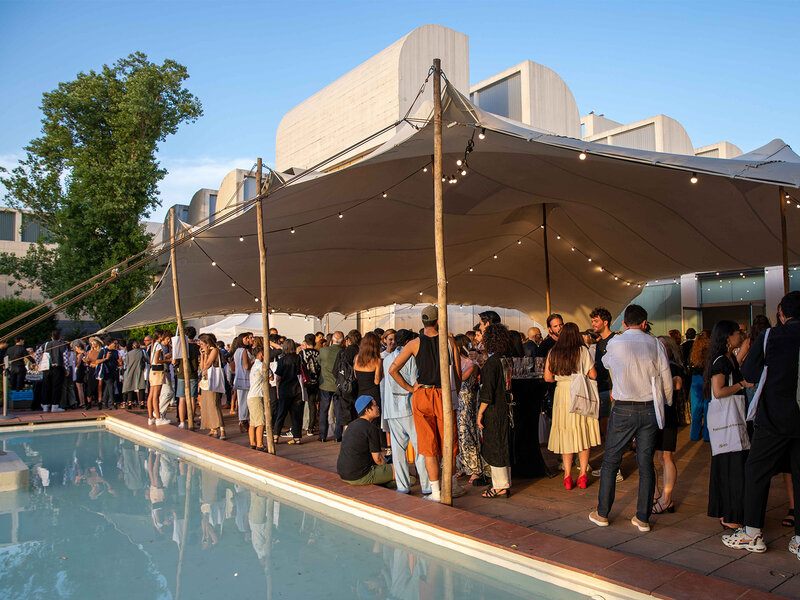 Cocktail after the catwalk

Prisca Vera Franchetti (PRISCAVera) and Luis De Javier will showcase their collections on 13 February at 6 pm and 14 February at 8 pm, respectively (local time in both cases)

Pasarela, the catering establishment in the Gracia neighborhood formerly known as El Molinet, has a new logo and interior design carried out by IED Barcelona