Turian won the Innovation Award at the Hyperloop Pod Competition 2019, which took place from 14 to 21 July in Los Angeles, California.

Turian is the name of the Hyperloop UPV prototype that won the Innovation Award at the Hyperloop Pod Competition 2019, which took place from 14 to 21 July in Los Angeles, California. A pod made by a team of engineering students from the Polytechnic University of Valencia (UPV) has ranked among the top 8 prototypes during the fourth edition of the competition organised by Space X and The Boring Company.

Federico Abascal, a former student from the BA in Product Design, pathway in Transport Design at the IED Barcelona, led the team in charge of designing the exterior of this fourth project driven by Hyperloop UPV. “Hyperloop is the transport of the future. A prototype that shows where society is heading and guides the improvements we should propose for a sustainable and truly innovative future,” explained the Argentinian designer.

This new form of transportation conceived by Elon Musk and Space X would enable goods and passengers to move at over 1000 km per hour in pods that are suspended inside low‑pressure tubes requiring less energy than any other means of transport. With this new system came the Hyperloop Pod Competition 2019, which emerged as an international contest for universities that aim to drive innovation and shape the future of mobility.

The prototype features over 1000 parts and pieces surrounded by a carbon fibre shell. Weighing just 96 kg, it houses 500 sensors to measure every operating parameter and can do 0 to 100 km/h in under 2 seconds. In terms of design, the pod stands out for its “smooth, speedy and curvy” shapes, especially at the shoulders which the designer describes as “wild and aggressive”. Federico has been involved in the entire design development process: from conception, sketching and rendering to modelling and graphic communication.

“The challenge in design terms lay in the aerodynamic part and ensuring production viability, since it is a prototype that moves at around 500 km/h,” revealed Federico. It was also crucial to come up with a compact design to fit inside the Hyperloop tunnels and ensure that production would actually be feasible. “The design team have been amazing. We have worked together throughout Turian’s creation, exploring the design’s viability in terms of aerodynamics, manufacturing, assembly…,” added the designer.

He went on to mention that “it was important to continue the aesthetics of Hyperloop UPV and its system in all three of the competitions they had previously taken part in.” This prototype was chosen out of 700 universities in 50 countries. During the test week in Los Angeles, it successfully completed roughly 70 tests and validations undertaken by Space X engineers, spearheading this challenge as one of the best projects. Unfortunately, due to technical issues on the final leg, Turian was not eventually able to run inside the vacuum tunnel.

Hyperloop UPV is the only Spanish initiative to make it through to the final stage of this highly demanding university engineering competition with the partnership of IED Barcelona. “Being part of the team has meant more than just a professional challenge. We have learned so much from one another. We have been both trainers and trainees. It is all about generating innovation, which means we do not have the answers – we have to create them ourselves”, finishes. 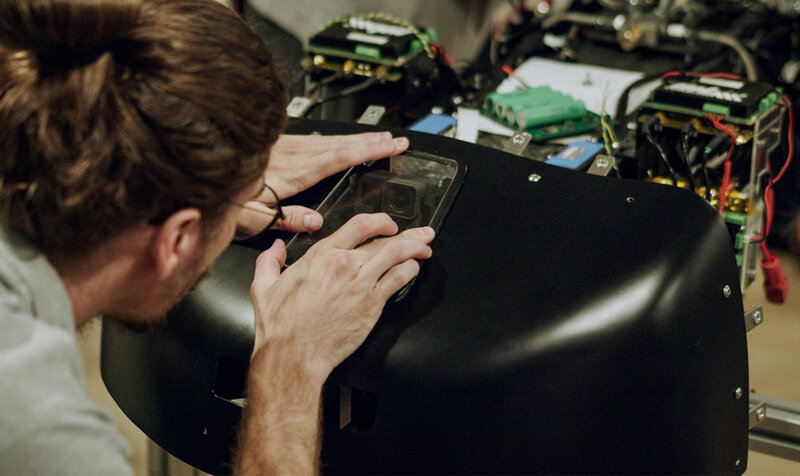 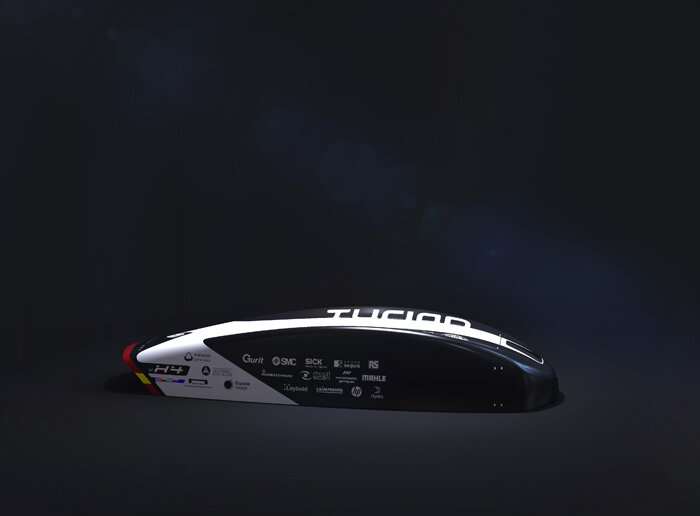 De Antonio Yachts, by two IED Barcelona alumni, wins the most sought-after award in the European nautical industry for the second time

What will the races of the future be like?

Vehicles that compete across different water, air and land environments, and competitions with digital obstacles integrated in the real world are some of the proposals

'Experiential vehicles, the tourism of the future', by IED Barcelona, SEAT and Carnet

All these designs result in THE GREATEST TRIP for a reduced group of passengers. They go beyond mere functionality, enabling people to form connections on the basis of experiences.

IED Barcelona and Seat design the future of mobility

The initial approach was to design innovative transportation systems for 2035.

Pasarela, the catering establishment in the Gracia neighborhood formerly known as El Molinet, has a new logo and interior design carried out by IED Barcelona

Its objective is to promote local commerce in the city thanks to the transformative power of design.

The international digital promotion platform INSPIRED IN BARCELONA has highlighted the creativity of two projects that rethink the future of food waste in its Inspired Picks section.

IED Barcelona organised the round table "What's the next point?" in a bid to imagine what future design scenarios will be like from the perspective of training, taking the city of Barcelona as a case study.

On the occasion of this celebration, “A collective dream” will be showcased; a display through the history of the school by way of outstanding projects carried out by its students.

The Ex•Tĕrra project by IED Barcelona student Carolina Galeazzi has won one of the Foodture Sustainable Innovation Awards.