Il Giro del Mondo in 80 Giorni - 150 anni dopo (Around the World in 80 Days - 150 Years Later) (book by graphic designers from IED Rome), the start-up Potap (a family of filters to purify water, by two product designers from IED Milan) and the tech fashion collection LAGRANDE: SISTEMA are officially competing for the prestigious Compasso d'Oro Award

A great classic of literature reinterpreted 150 years later and published by Morellini Editore; a start-up company aiming to bring domestic tap water to a level of ultra-purity; a collection of work clothes that change automatically, adapting to the conditions in which the user finds themselves.

These are the three IED thesis projects - “Around the World in 80 Days”, Jules Verne's masterpiece which, thanks to the students of Graphic Design IED Rome, has been given a new form of narration, the innovative startup Potap by two new graduates in Product Design IED Milan, the workwear collection LAGRANDE: SISTEMA from the Fashion Design course IED Milan - recently included for publication in the ADI Design Index Award 2022, the annual selection of the best Italian design by the Permanent Design Observatory. A selection that is in itself a very important achievement and a conditio sine qua non to compete for the prestigious Compasso d’Oro Award.

Already winner of the IED Roma Design Award 2020, Il Giro del Mondo in 80 Giorni – 150 anni dopo (Around the World in 80 Days - 150 Years Later), conceived as IED Rome Graphic Design thesis project, with the art direction of Luigi Vernieri, IED Rome Special Projects director, is a book embellished with visual illustrations. Furthermore, it not only immerses the reader in the era in which mass tourism and advertising was born, but also provides false but plausible evidence of the journey imagined by Verne. This includes railway timetables, advertisements of shipping companies, posters of shows inspired by the graphics of the time, as in the case of the hypothetical billboard advertising Passepartout's circus activities or the diary kept by Aouda, the young Indian girl saved from the sacrificial funeral pyre by Fogg, who ends up marrying her.

Discussed as an end-of-three-year thesis in Product Design by Lorenzo Fantone Julio and Alessandro Todaro of IED Milan, Potap is a start-up focused on microplastics in drinking water, which is based on research into the world of plastic (a material we ingest daily without realising it) eventually reaching a solution for domestic use: a family composed of three components, two products and an application. Potap Mini and Potap Maxi are elements that can be installed on the sink to filter water to extreme levels, giving it not only purity but also a sweeter, lighter taste. The difference between the two lies in the target market and the installation method. The app then aims to connect the user to the product and make them aware of the benefits of use (in terms of plastic not ingested, bottles saved) but also to inform them when it is time to change the filter.

LAGRANDE: SISTEMA is Luca Bianco's Fashion Design thesis project, a collection of high-tech workwear. Starting from a reflection on the dangers of excessive automation, it proposes a line of garments that combines tailoring with electronics. This is all thanks to the use of an Italian invention with a thousand applications, the ARDUINO programmable board: an extremely basic form of computer to which one can give orders and which, coupled with servomotors, is able to modify - thanks to a system of pulling cables - the shape and usability of the garment according to the situations encountered by the user, from atmospheric conditions to temperature variations, from use in open spaces to passing through closed spaces. Accompanying the system is a look that takes broad inspiration from the intricate machinery that surrounds us every day and that we no longer notice. Instead, the artistic reference consists of a number of cornerstones of Japanese comics and animation, in tune with the criticism of unconscious progress, underlining what appears to be a dystopian future.

The ADI Design Index 2022 is the first volume collecting the products that will be eligible for the Compasso d'Oro ADI 2024 Award, conceived in 1954 by “La Rinascente” and then donated to ADI, which has been running it continuously since 1956. It is the world's oldest and most authoritative design award. The more than 350 award-winning projects in the more than sixty years of the Prize's existence, together with the almost two thousand selected with an Honourable Mention, are collected and preserved in a Historical Collection declared in 2004 to be “of exceptional artistic and historical interest” and consequently included as part of the national heritage. From 15 to 27 November 2022 in Milan at the Fabbrica del Vapore it will be possible to admire these and some of the most interesting proposals of Italian design and, in this case, of editorial graphics. The exhibition will move to Rome from 12 December. 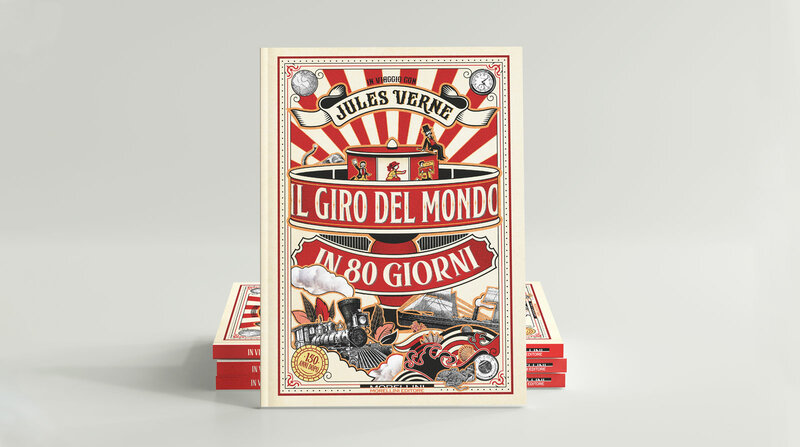 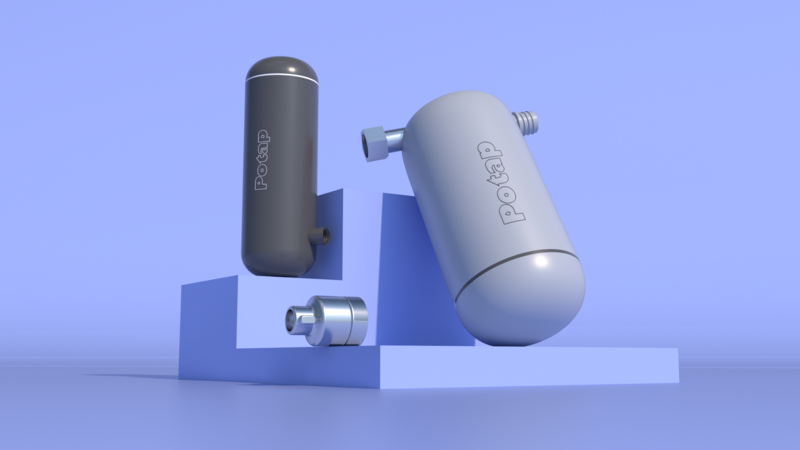 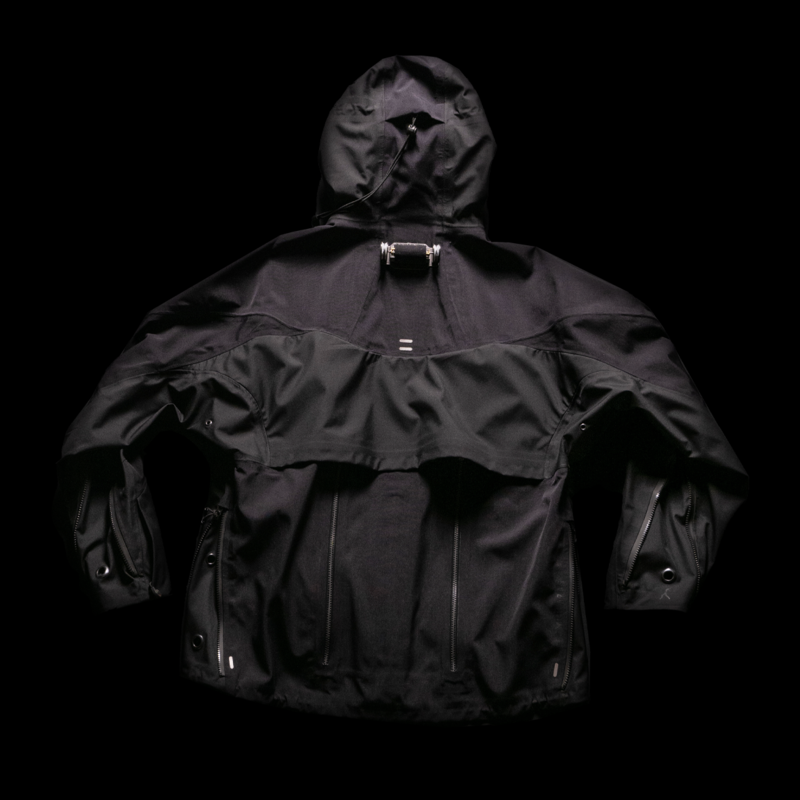 IED Master of Arts in Transdisciplinary Design kicks off

We are ready to kick off the first edition of the Master of Arts in Transdisciplinary Design. The course will take place in Turin and will combine the topics of Mobility of the future and Cities in Flux.

IED for iF DESIGN MARATHON 2022

From 5 to 27 October, the second edition of the marathon dedicated to the social impact of design welcomes the students of the three-year course in Product design to talk about "The Future is Rail", a project that outlines trains according to the needs of travelers and was born together to Legambiente

The emerging fashion designer gained distinction as part of the Camera Nazionale della Moda programme dedicated to the excellence of Italian schools.

A can’t-miss appointment with emerging fashion design features recent graduates of IED Milano and Roma campuses at the ADI Museum on 20 September.

After two years, returns IED Roma Graduation Ceremony, to celebrate the latest graduates in the presence of teachers, families and friends. Two hundred and sixty-one diplomas were awarded.

Register to our Spring Semester courses and save 10% on the tuition fee!

"TAKING YOU BEYOND”, THE IED ALUMNI EVENT IN VIA SCIESA MILAN FROM 7 TO 11 JUNE.

Master Tales: Master Alumni testimonials at the click of a button.

This will be a series of meetings and interviews to tell what happens after graduating from a master's degree.

Students take us through their thesis projects, from behind the scenes to company satisfaction.

Gabriele Chiave knows no boundaries. As a lifelong observer of the world around him, Gabriele is driven by the comprehensive nature of design and a desire to ignite meaningful interaction between product and consumer. After Studying industrial design at IED Milano, he has worked in Marc Sadler Studio and the IS European Design Center. These experiences helped Gabriele master the subtle nuances and delightful balance between form and function, industry and art, structure and experimentation. Gabriele exudes this foundation at Marcel Wanders, where he has worked since 2007. Evolving to become Creative Director, he now oversees all projects in product and interior design, and art direction for some of the most renowned international design brands such as Kartell, Poliform, Moooi, Flos, Cappellini and many others.

14 design, fashion, visual arts and communication creations are the protagonists of the new Amaze! app release

From new crafts to virtual identities

An interactive installation to create our own virtual identity and an immersive journey through a 3D “wonderland” are the proposals that IED Barcelona and IED Milan presented at the SónarCCCB 2021, driven by Sónar.

Graduated at IED, Simone Bonanni is now an awarded designer that works for international brands. Find out more about his projects in this article.